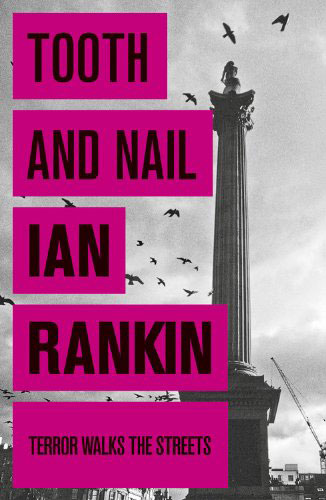 Drafted down to the Big Smoke thanks to his supposed expertise in the modus operandi of serial killers, Inspector John Rebus is on a train south from Edinburgh. His Scotland Yard opposite number, George Flight, isn't too happy at yet more interference. It's bad enough having several Chief Inspectors on your back without being hounded at every turn by an upstart Jock. Rebus is going to have to deal with racial prejudice as well as the predations of a violent maniac. When he's offered a serial killer profile of the Wolfman by an attractive lady psychologist, it's too good an opportunity to turn down. But in finding an ally, he may have given his enemies an easy means of attack.

The third Inspector Rebus book sees the character called to London as an expert in serial killers to investigate the mysterious 'Wolfman' who has been brutally killing women across the city.

Like the first two, Rankin uses his narrative to well define his character and shows a large number of seemingly random observations which are clearly those he made himself while living in London. These make the character come alive and the whole story seem very realistic. Similarly he uses a number of anecdotes to build up side plots that aren't relevant to the main story but help the character building.

As a mystery it's well set-up with a great number of clues and red-herrings, two of which I fell for in a major way (and one of which I thought I'd been really clever to spot). The conclusion did seem rather abrupt and I'm not convinced that the solution was arrived at in the most satisfactory way. Several of the final scenes also seemed very similar to how I remember the first book.

Overall it was an interesting read, though perhaps a bit too serious a crime story for my tastes which like a little bit of a lighter touch. It's not going to stop me returning to read more of the series.