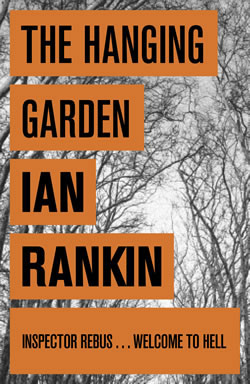 Detective Inspector Rebus is buried under a pile of paperwork generated by his investigations into a suspected war criminal. Until the running battle between two rival gangs on the city streets arrives at his door. A Chechen gangster is running prostitutes out of Bosnia via Tommy Telford, a Glaswegian upstart muscling in on Edinburgh territory. When his own daughter is the victim of a hit and run Rebus is forced to acknowledge that there is nothing he wouldn't do to bring down prime suspect Telford - even if it means cutting a deal with the devil.

Ian Rankin's series about Inspector Rebus continues to grow better and better. In this, the ninth book, things become personal (again) for the detective as his daughter becomes part of a case (again) and he becomes embroiled in a gang war (again?).

It's been eight months since I read the previous book, which may have been a little long as I felt a little trepidations going in to this one. Although I remembered really loving Black and Blue, the first few chapters of this book didn't suck me in, and in fact confused me quite a lot that I then had to go back and re-read some of them a little later to try to work out what had happened - even after that, I was halfway through before the narrative finally started to make sense. Once I was back to my normal commute after the Christmas break through I found I got really into this book and once again found it absolutely fantastic.

I think what I love the most about the world that Rankin creates is the detail of the texture. It's not just about a policeman investigating a case - so much of what's happened before is still hanging over the character and influencing things. There are recurring characters that don't exist just to set the scene but novel after novel continue to have real effect on character and events. I look forward to this continuing and being built upon further in later novels.

The one thing that I did find niggled is Rankin's tendency to have a gimmick in his stories. This time, Rebus has developed a fixation on song titles, and keeps likening events and things people say to them. To me (and perhaps because I'm the wrong generation to know the music) this felt awkward and weird and distracted from the story rather than enhance it.

Overall though another great book in the series, and one I would definitely recommend. Having said that though I suspect it wouldn't have been so great if I hadn't read the previous books and already grown to enjoy and know the character.