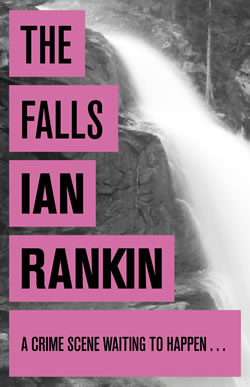 A student has gone missing in Edinburgh. She's not just any student, though, but the daughter of well-to-do and influential bankers. There's almost nothing to go on until DI John Rebus gets an unmistakable gut feeling that there's more to this than just another runaway spaced out on unaccustomed freedom.

Two leads emerge: a carved wooden doll in a toy coffin, found in the student's home village, and an internet role-playing game. The ancient and the modern, brought together by uncomfortable circumstance.

Book twelve, and somehow Rankin manages to keep Tennis feeling fresh, moving on his personal storyline while providing new and intriguing mysteries that keep getting better and better.

This is the tale of a missing student whose parents have sufficient status too call in the full weight of the Lothian and Borders Police in to hunt her down. As usual, Tennis takes the investigation in his own direction and finds much deeper and more disquieting things to look into.

I think my favourite thing about these books is the way that they are never really about the plot. It's like the mystery itself it's just a framing device to get us back into the lives of the characters and learn what they are up to. And the characters' stories are so rich and fascinating, especially as we are branching out and being aligned with more of them as their relationships shuffle around.

Actually really really good. One of the best in the series and certainly a story I would recommend.