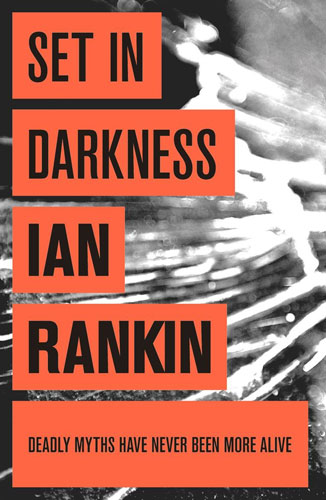 Edinburgh is about to become the home of the first Scottish parliament in 300 years. As political passions run high, DI John Rebus is charged with liaison, thanks to the new parliament being resident in Queensbury House, bang in the middle of his patch. But Queensbury House has its own, dark past.

Legend has it that a young man was roasted there on a spit by a madman. When the fireplace where the youth died is uncovered another more recent murder victim is found. Days later, in the gardens outside, there is another body and Rebus is under pressure to find instant answers.

As the case proceeds, the Inspector finds himself face to face with one of Edinburgh's most notorious criminals.

The eleventh Inspector Rebus story from Ian Rankin took me a while to get into. Particularly early on I wasn't really sure where my focus was meant to be, and it seemed to have stepped back from where the previous novels had been with the character to being more focussed on the investigation in question and less on the characters.

Later on though I became much more interested in the story as things progressed, and it's actually got a lot more going on than I had initially realised. There are a lot of new characters or characters that are stepping onto centre stage in a way that they hadn't in earlier novels, and it feels like this is a major stepping stone on the way to developments to come in later novels (we shall see).

The plot is intricate, but feels more like a vehicle for the other things that are going on in Rankin's Edinburgh - it often felt like it was taking second place to the world building, although that could be because the various parts of it felt quite discrete.

So in retrospect actually quite a good Rebus novel and one important, it would seem, to the ongoing continuity - just needs the beginning to be got through first.