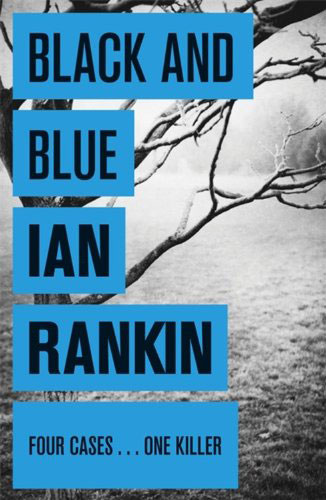 Rebus is juggling four cases trying to nail one killer - who might just lead back to the infamous Bible John. And he's doing it under the scrutiny of an internal inquiry led by a man he has just accused of taking backhanders from Glasgow's Mr Big. Added to that there are TV cameras at his back investigating a miscarriage of justice, making Rebus a criminal in the eyes of a million or more viewers. Just one mistake is likely to mean an unpleasant and not particularly speedy death or, worse still, losing his job.

The eighth Inspector Rebus novel sees the detective investigating rather a mix of crimes, some of which aren't really assigned to him. One of the biggest is based on the true story of murderer Bible John, when similar murders begins to occur again across Scotland.

I really enjoyed reading this book - Rankin somehow manages to write a character that is super-human yet flawed in a way that seems like it should be such a cliché yet actually ends up making Rebus the most identifiable detective in fiction.

Despite the complexity of the plot, I found it easy to follow everything that was going on, to keep a grasp on all the different characters, and to stay entertained. I also felt that the character of Rebus has started developing into a richer personality in this book, and Rankin's writing has bit a new high.

A series that keeps getting better and one I'm defiantly loving slowly catching up through. As always, I'm looking forward to reading the next one.