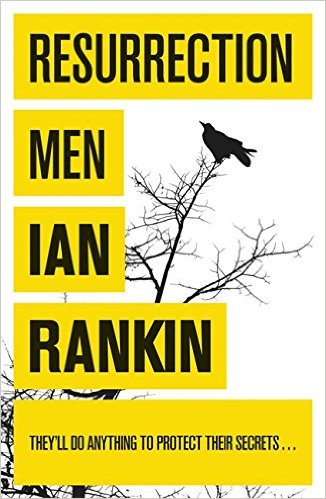 Rebus is off the case - literally. A few days into the murder inquiry of an Edinburgh art dealer, Rebus blows up at a colleague. He is sent to the Scottish Police College for 'retraining' - in other words, he's in the Last Chance Saloon.

Rebus is assigned to an old, unsolved case, but there are those in his team who have their own secrets - and they'll stop at nothing to protect them.

Rebus is also asked to act as a go-between for gangster 'Big Ger' Cafferty. And as newly promoted DS Siobhan Clarke works the case of the murdered art dealer, she is brought closer to Cafferty than she could ever have anticipated.

Ian Rankin's thirteenth Rebus novel sees the maverick Inspector sent back to the police training college after taking one step of rebellion too far with a conveniently located cup of tea. He ends up in a class of similarly reprobate police officers from around Scotland, set a cold case to investigate.

I think the reason I love the Rebus stories is the balance that Rankin inserts of plot specific to the case in question, and plot that reflects the ongoing life of his characters. The number of returning secondary characters who populate the world and make it feel more real than just featuring random guest characters, all of whose lives move on from one story to the next, who grow and change and evolve alongside Rebus.

The specific plot of this story was interesting if perhaps overly complicated. I’m still not entirely sure I know exactly what was going on, but this may have been Rankin's intention - to focus on the characters and some specific plot points while leaving others shrouded in mystery - perhaps for a future novel, though I suspect not.

I enjoyed this adventure - it took us away slightly from the regular pattern of crime novels, and showed us some realism, mixed in with the fiction, that tells a story in an amazingly rich way.