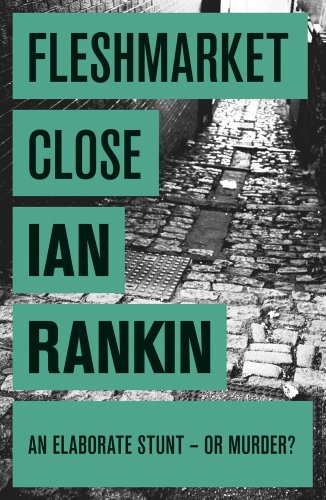 An illegal immigrant is found murdered in an Edinburgh housing scheme. Rebus is drawn into the case, but has other problems: his old police station has closed for business, and his masters want him to retire. But Rebus is stubborn. As he investigates, he must visit an asylum seekers' detention centre, deal with the sleazy Edinburgh underworld, and maybe even fall in love.

It’s hard to believe I’m fifteen books into the Rebus series - however by this point he and his stories have become like old friends. It’s so easy to dip back in and continue to follow the lives of Rebus and his colleagues as they go about solving the crimes of Edinburgh.

In this book, a series of bodies are uncovered, and one of the key aims is to identify who they were. While the plot is compelling, it’s often other aspects of this series that I enjoy the most, and that’s true again.

In this novel, Rankin makes some quite bold moral statements - although the subject matter of detention centres for immigrants is likely striking a chord with me because of current events in the news, and because I’ve watched a related film in the same week. There’s a lot of stuff to make the reader think, and characters to represent multiple points of view appear through the narrative. To balance this, it also feels like one of the most humour-laden Rebus novels, and I think that certainly helps.

The most telling evidence that I was really enjoying reading this book was that I broke my habit of TV before bed for it - taking it to read outside my normal commuting reading hours. That, at the moment, is the sign of a good book.