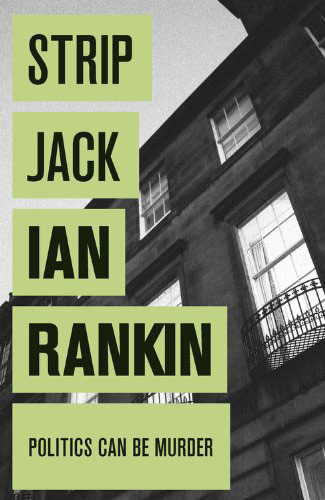 MP Gregor Jack is caught in an Edinburgh brothel with a prostitute only too keen to show off her considerable assets. When the media horde begins baying for political blood Jack's friends rally round to protect him. But some of those friends - particularly his wife's associates - are not so squeaky clean themselves.

Initially Detective Inspector Rebus is sympathetic to the MP's dilemma - who hasn't occasionally succumbed to temptation? - but with the disappearance of Jack's wife the glamour surrounding the popular young man begins to tarnish. Someone wants to strip Jack naked and Rebus wants to know why...

Ian Rankin's style continues to improve in the fourth Rebus novel. Returning to Edinburgh, Rebus is tasked with minor police jobs - hunting for stolen books, raiding brothels, etc. when he stumbles upon what appears to be a much more complex, and interesting, mystery.

The plot has an element of the crime classic, with the large group of suspects seeming almost like a roster from an Agatha Christie novel, all of whom could have motive or opportunity, however the similarities don't last long, and the mystery unfolds at a good pace.

The 'soap' elements of Rebus life fit in very nicely, with parallels to the story that make it clear they aren't there just to make the character seem more rounded. I have to express some doubts about the realism of life in the police, where Rebus is allowed to wander off on his own investigation without, it seems, oversight or interest from his superiors.

Certainly the best in the series so far, it gripped me and I really enjoyed reading this one. It's clear why Ian Rankin has become such a popular author.