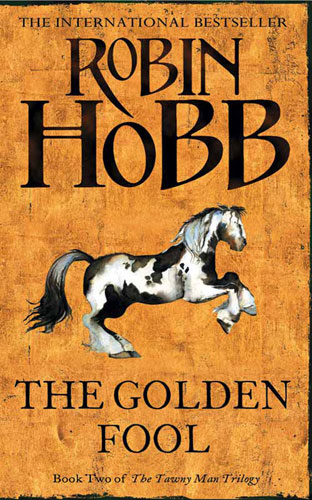 Fitz has succeeded in rescuing Prince Dutiful from the clutches of the Piebald rebels, and has returned with him to Buckkeep castle. With Dutiful safe again, Queen Kettricken can proceed with plans to marry him to the Outislander princess, Elliania, but with tensions building among the peoples of the Six Duchies over Kettricken's tolerance of the Wittted, even Buckkeep is no longer safe. A reluctant Fitz is assigned to protect the young prince, and also train him in the Skill, and in doing so he finally makes contact not only with his estranged daughter, Nettle, but with someone in Buckkeep who may possess a greater Skill talent than Fitz.

In the second book of the third trilogy of Robin Hobb's continuing epic set in 'The Realm of the Elderlings', she explores what happens to Fitz, posing as servant Tom Badgerlock, on his return to Buckkeep - his childhood home - in the wake of the events of the previous book.

The world that Hobb has created is so rich and detailed that I think you could pick almost any of the characters and follow their story and she would be able to make it a compelling read, regardless of how exciting their life.

As it is, this book is lacking a central plot to it - seeming to serve more as a way to get the characters from where they were after 'Fool's Errand' to where she wants them for 'Fool's Fate' - but there are so many sub-plots going on around Fitz that it's easy not to notice and to just be pulled into the flow of the narrative.

I've really enjoyed reading this, as with all the other books in the series, and am dreading the day when I catch up with the story and find I have to wait months for the next instalment. An excellent epic that I don't doubt I will find time to re-read in the future.