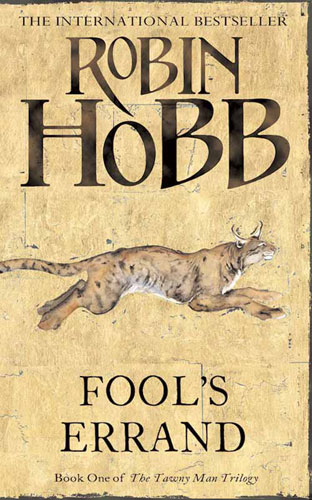 Fifteen years have passed and events are about to sweep Fitz out of his quiet backwater life and into the main political current again. Persecution of the Witted has become rampant throughout the Six Duchies despite Queen Kettricken's effort to damp it. The Witted themselves have begun to strike back. So when 15 year old Prince Dutiful disappears, is it only because he is nervous about his betrothal ceremony to an Outislander princess, or has he been taken hostage by the Witted?

The first book in Robin Hobb's third trilogy set in the 'Realm of the Elderlings' returns to the setting of the first trilogy and the first-person narration from Fitz, who is called suddenly out of retirement for a new quest.

Hobb masterfully draws the reader back into her world so that it seems you have hardly been away. The fifteen years that have passed since Assassin's Quest are described to the reader incredibly well in a long piece of exposition that is cleverly framed into part of the story and doesn't feel at all out of place. Similarly the reminders of what's happened so far, and asides for those who haven't read the earlier novels, don't feel at all clunky as they do in some other authors' works.

While the plot is new, it draws upon a number of themes from the earlier books, including some threads that I didn't even realise had been left dangling, and feels a very natural continuation. Similarly, the characters have lost none of their appeal and while older, don't seem much changed.

Hobb's style is very honest and approachable, and I almost feel she could make the most difficult of concepts clear and simple to understand, and enjoyable to read. It's an excellent continuation and also an excellent new start, which I stormed through in three days. I look forward to finding out where the story goes next.