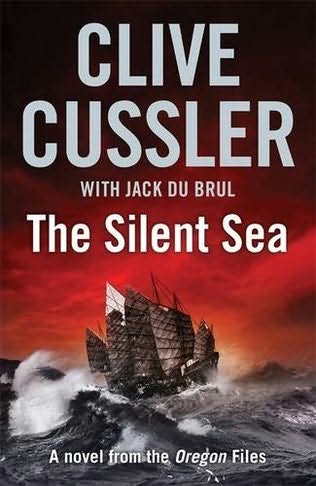 On 7 December 1941, four brothers exploring a pit on a small island off the coast of Washington state make an extraordinary discovery, only to be interrupted by news of Pearl Harbor. In the present, Juan Cabrillo, Captain of US spy-ship Oregon, chasing the remnants of a crashed satellite in the Argentine jungle, makes a shocking discovery of his own. His search to untangle the mystery leads him, first, to that small island and its secret, and then much farther back, to an ancient Chinese expedition, and a curse that seems to have survived for over 500 years.

I was pleasantly surprised by the latest entry in Clive Cussler's Oregon Files series. Cabrillo and his crew uncover a rather complicated plot involving missing scientists, a crashed rocket, a treasure pit, an Argentine invasion and a Chinese junk.

Although aspects of the plot were somewhat akin to a Dirk Pitt story, the characters deal with them in a very different manner. Despite the complexity, the plot is more believable than a lot of the recent Cusslers, although the continued presence of the same bad guy stretches the imagination a little. The action moves at a good pace and shifts from location to location rapidly throughout.

The guest character is once again the standard love interest, although it is mixed up a little as she is connected to a different character. Juan ends up as the star, which while understandable does go against what I though was one of the key elements of the Oregon series: that it's an ensemble piece. Max and Linda (imo the author's favourite character) do get their share of page time, but the others have a much smaller role than I think they deserved.

Another criticism I have is that there were several continuity errors. For example, two of the soldiers' ranks seemed to shuffle about throughout. There were also some parts that I felt were unnecessary, particularly the digs about the UN being useless and the new President being weak on international affairs. This is meant to be entertainment, not political commentary. Overall though an encouraging read, although there's still some way to go to match the past glories of the author.