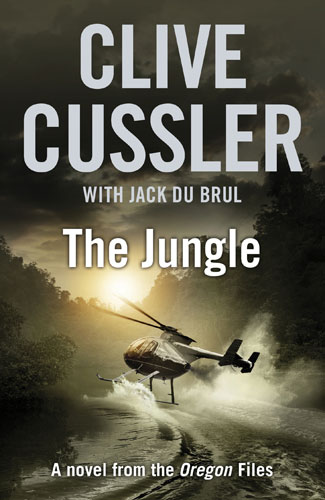 A devastating new weapon unleashed in thirteenth-century China. A daring rescue in the snowbound mountains along the Afghanistan-Pakistan border. A woman gone missing in the jungles of northern Thailand and Myanmar.

For Cabrillo and company, all of these events will come together - leading to the greatest threat against US security that the country has ever known.

I'm very much in two minds about this book. Cut off by the US government following the events of 'The Silent Sea', the Corporation are reliant on work from private customers to pay their way, such as rescuing a kidnapped child and hunting for missing persons. It's difficult to say much more about the plot without giving anything away, so I won't.

It starts badly, with a number of blatant scientific and historical inaccuracies, but then as it gets going the action moves quickly and it feels much more like the early Oregon Files books. The middle section of this book is definitely the best writing that's been put out under Cussler's name for some time. But then the ending just seems to throw all that away and goes back to the realm of the ridiculous - Cussler's novels have dabbled in fantasy since 'Trojan Odessey' but this is probably one of the most extreme.

I've been reading Clive Cussler's novels for about ten years now and I'm afraid to say that the half of the canon that's been published in that time are nothing like the standard of those published before. It's really disappointing because there are glimmers of the old Cussler that shine through the gaps, only to be snatched away by the unbelievable twists that feel so unnecessary.

The Oregon Files are probably my favourites of the spin-off series and this one does introduce some good new characters and fresh storylines, but the plot continues to drag it down. I can only hope that improvements will come, but as long as people (like me) keep buying then the novels will probably continue in this vein.