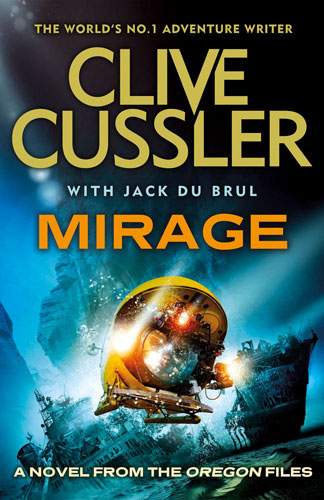 October 1943. A US Navy warship vanishes at sea off the coast of Philadelphia. Its disappearance was rumoured to have been a result of a classified military experiment into the effects of electromagnetic radiation. The story has long since been considered a hoax.

But Juan Cabrillo and his colleagues aboard the top-secret spy ship Oregon aren't convinced.

Now, a powerful new weapon is for sale - one linked to genius inventor Nikola Telsa, who was working with the Navy when he died in 1943. Was he responsible for the original Philadelphia experiment? Are his notes in the hands of his enemies?

I was pleasantly surprised by this Oregon Files novel, which opens with a thrilling rescue that leads on to a series of following adventures. Over recent years I've become less satisfied with the Cussler 'brand' but this, some three years since the last book in this series, was really enjoyable to read.

The Oregon Files started out as much more of an ensemble piece in the earliest novels, but now focus much more on the main character, Juan Cabrillo. While this can sometimes feel unrealistic it adds a lot more of a sense of adventure than the very procedural nature of the first few books.

The plot here is fantastic. There's the usual slight sci-fi edge to the threat, but the baddie is surprisingly authentic and not the almost-parody Bond-villain that sometimes features in Cussler novels. The story shows the Oregon's day-to-day as well as a big adventure, which adds realism to the story and a much more interesting look at the characters. It also helps to slow the main plot line which flits around the world quite quickly in scene after scene of action.

The best Cussler for years, in my opinion, and one I find it difficult to find much fault with. Much more of this please.