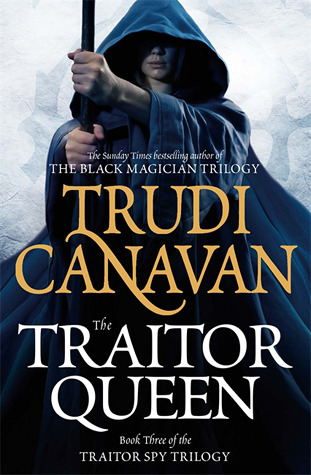 The Traitor Queen has given Lorkin the huge task of brokering an alliance between his people and the Traitors. Lorkin has also had to become a feared black magician in order to harness the power of an entirely new kind of gemstone magic. This knowledge could transform the Guild of Magicians - or make Lorkin an outcast forever.

The final novel in the series (after two trilogies and a standalone in between) wraps up the tale of Sonea and her magician friends, as they fight against a rogue, a country of slavers, and a drug problem.

I thought this was the worst book in the series. The narrative really drags, and I found it hard to keep going - my motivation at the end was purely to get to the end because it would be disappointing not to finish after seven books. I lost interest in the characters and really didn’t give a monkeys what happened to them.

I’m struggling to remember the details of the plot because I found it so un-engaging. I’ll admit I didn’t think the earlier novels were perfect, but this one was really disappointing.

It’s put me off trying more of Canavan’s novels, even though I already have another trilogy sitting on my shelf.