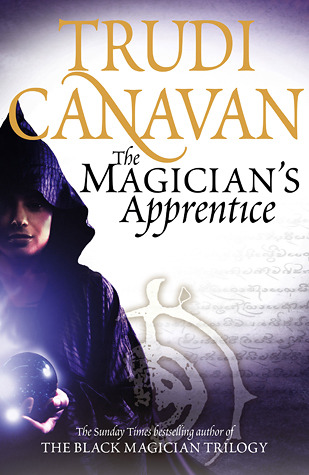 In the remote village of Mandryn, Tessia serves as assistant to her father, the village Healer - much to the frustration of her mother, who would rather she found a husband. But her life is about to take a very unexpected turn.

When treating a patient at the residence of the local magician, Lord Dakon, Tessia is forced to fight off the advances of a visiting Sachakan mage - and instinctively uses magic. She now finds herself facing an entirely different future as Lord Dakon's apprentice.

Effectively the fourth book in the series, this prequel is set several hundred years before the original trilogy and provides an interestingly different view on the same world through a dirty provisionally similar plot.

One day, a young girl accidentally discovers she can do magic when threatened by a confrontational magician and is separated from her family to learn magic, not get on with other students, and get involved in a war.

As a sucker for world building and character establishment, I really loved the beginning of the book as it introduced people and places and followed their daily lives. My interested waned slightly when the plot moved on to other, faster and more exciting events and away from the humdrum. Maybe I'm weird.

The book has a slight feeling of being a failed trilogy. It could divide neatly into the sections, and maybe that's how it was plotted, but, in my imagination at least, the author wasn't able to pad each part out enough to make them stand alone.

An adequate prequel, but not quite living up to the original series.