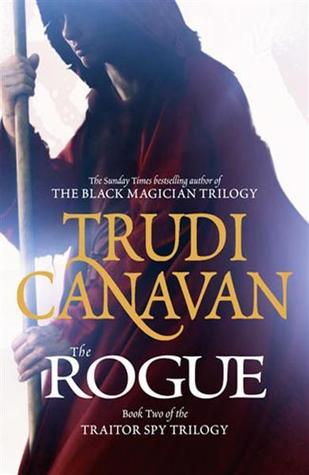 Kyralia is facing threats at home and abroad, as a rogue killer stalks its capital's streets, while the neighbouring kingdom of Sachaka is breeding a rebellion that could destabilise the entire region.

High Lord Akkarin and Sonea's son Lorkin has a legacy of heroism to live up to, but despite his good intentions, his incarceration in Sachaka's rebel traitor stronghold could destroy the tenuous peace between the two countries. Angered by Lorkin's seeming defection the Sachakans blame the Kyralian ambassador, Danny - and they are a savage people when roused.

And back home, in the University, two young novices are about to remind the Guild that sometimes their greatest enemy comes from within.

The second book in the second trilogy set around the Magician's Guild continues the adventures of Sonea, hunting a rogue magician in the streets of her city, and her son, a pseudo-prisoner in a far off land.

I feel quite ambivalent about this book. While the plot is entertaining, it feels a little slow and somehow simplistic. The main characters in particular don’t feel as though they have as much depth to them as some of the secondaries, and I'm not sure if that is a deliberate attempt to allow the reader to project themselves into the narrative or just a flaw.

It comes across clearly as a second-book-of-a-trilogy, with that feeling of wanting to move the narrative from point A to point B rather than having a self-contained plot of its own, though some of the threads do seem to run end-to-end in this volume.

I don't feel excited enough to rush out and buy the final book of the series, but just enough to keep an eye out in case it pops up.