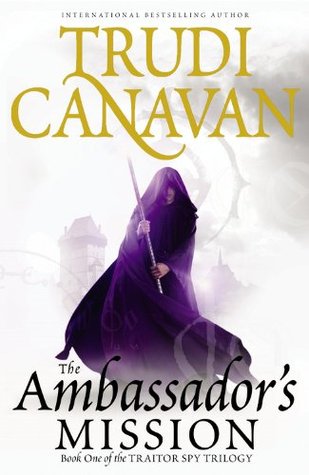 As the son of the late High Lord Akkarin, saviour of the city, and Sonea, the former street urchin turned Black Magician, Lorkin has a legacy of heroism and adventure to live up to. So when Lord Dannyl takes the position of Guild Ambassador to Sachaka, Lorkin volunteers to be his assistant in the hopes of making his mark on the world.

When news comes that Lorkin is in danger, the law that forbids Black Magicians leaving the city forces Sonea to trust that Dannyl will save him. Besides, her old friend Cery needs her as never before: someone has been assassinating Thieves, and when his family is targeted he finds evidence that this Thief Hunter uses magic.

Either a member of the Guild is hunting down the Thieves one by one, or there is - once again - a rogue magician on the streets of Imardin. And this one has full control of their powers - and is willing to kill with them.

We return to Canavan's fantasy world for a second trilogy, set some twenty years after the first, where a slightly evolved society sees characters both old and new face new challenges. It has exactly the same feeling as the original series and it's like barely a moment has passed as the reader is dropped back into the world.

If anything, the story is a little bland and forgettable, and too much of it is familiar from the previous stories in the world and little of the world building feels new. I think I would have preferred it to push the boundaries a little more, and maybe the later books in the trilogy will do so.