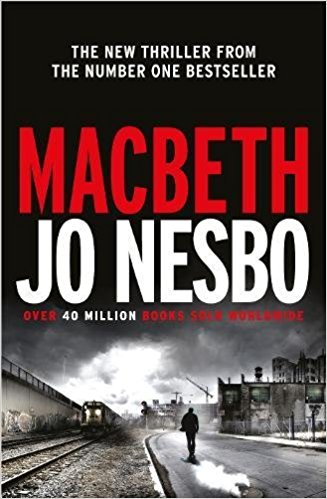 When a drug bust turns into a bloodbath it’s up to Inspector Macbeth and his team to clean up the mess. He’s rewarded for his success. Power. Money. Respect. They’re all within reach.

But a man like him won’t get to the top.

Plagued by hallucinations and paranoia, Macbeth starts to unravel. He’s convinced he won’t get what is rightfully his. Unless he kills for it.

I bought this book under the false belief that it was a new story in the Harry Hole series. It certainly is not. Having discovered that it is actually a relatively-modern retelling of the Shakespeare classic, I thought that sounded interesting, and proceeded to read.

The setting is vaguely defined as somewhere in Scotland, sometime in the recent past - in a slightly lawless city with little contact with the outside world, ruled over by rival drug gangs, the police and mayor pretty interchangeably. Macbeth himself is cast as a senior police officer with an ambitious lady friend and a dubious array of acquaintances.

It just didn’t work for me. I couldn’t get into the characters - they felt two dimensional and false, and the setting’s darkness and vagueness didn’t draw me in. It was weird vaguely knowing what was coming (because of course I am familiar with the original) - and I imagine the enjoyment is intended to come from learning how Nesbo has re-imagined it, but I didn’t experience this.

I’m afraid to say I gave up halfway - it wasn’t inspiring me, and I was choosing not to read at allover reading it.