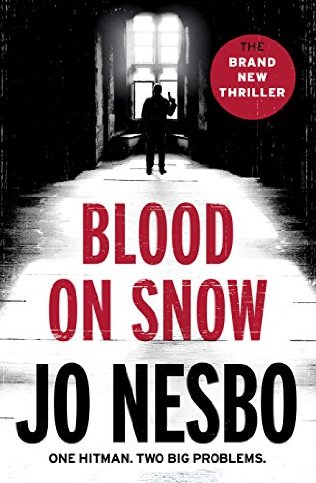 Olav lives the lonely life of a fixer. When you ‘fix’ people for a living - terminally - it's hard to get close to anyone.

Now he's finally met the woman of his dreams. But there are two problems.

She's his boss's wife. And Olav's just been hired to kill her.

Blood on Snow is something new from Jo Nesbo, famous for the Harry Hole series of Oslo-based crime novels (and touted as 'the next Steig Larsson' though I don't see the similarity). It's a first-person tale, which I found surprisingly engaging, telling the story of a contract assassin in a modern-day city.

The point of view character is used really well to tell an interesting quick read - and it is quick; a much smaller novel than I was expecting in terms of page count, and with particularly large text. That shouldn't put you off though, because it's a really good story.

And as a bonus, there's a sequel coming in just a few months that I hope will continue the style and experience of this book, even though it's hard to guess where the story could go next.