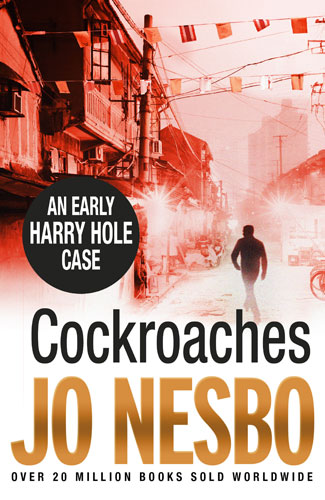 Detective Harry Hole arrives in a steaming hot Bangkok. The Norwegian ambassador has been found dead in a seedy motel room, and Harry has been sent to investigate. It's clear that the Ambassador's family are hiding some secrets of their own, but few people are willing to talk.

When Harry lays hands on some incriminating CCTV footage, things only get more complicated. The man who gave him the tape goes missing, and Harry realises that failing to solve a murder case is by no means the only danger that faces the unwary.

The second Harry Hole mystery has finally been published in the UK which means that the whole series can now be read in English translation. I can see why the first two books were left until last to translate, as they're set outside Norway and don't fall into the trilogy that follows. I said in my review of Redbreast (book three) that it felt something was missing without the context that the first two books would provide, but now having read them I found that they don't provide that background material that was needed.

This book sees Harry sent to Thailand when the Norwegian ambassador is murdered, and follows the detective as he struggles with his alcoholism and the many obstacles in the way of his investigation. It's a complex plot that I'm not sure comes across fully as it unfolds, and that feels more like a man stumbling around rather than pursuing an investigation with any direction.

Apart from Hole, few of the characters have real depth to them, despite detailed description and plenty of appearances we only very occasionally get to see behind the mask. Hole himself does follow an interesting character path, but it does seem very familiar compared to those he takes in the other books in the series, and I don't think that this story adds to him in the way that the previous and following books do.