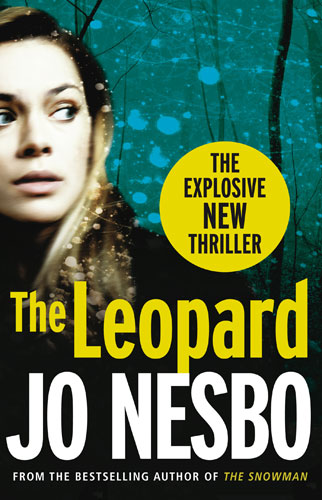 In the depths of winter a killer stalks the city streets. Two women are found drowned in their own blood. A third woman is hanged from a diving board.

The crime scenes offer no clues, the media is reaching fever pitch, and the police are running out of options.

There is only one man who can help them catch the killer. But Inspector Harry Hole doesn't want to be found.

Harry Hole's eighth adventure sees the reluctant detective dragged back to work to investigate an apparent serial killer (again). It's odd how rare they are said to be and yet how frequently they turn up. The book feels very long, and the way that the plot develops becomes annoyingly repetitive.

The opening is surprisingly graphic - I always forget between readings that Jo Nesbo's novels are so violent, and yet this isn't kept up through the rest of the novel, which I found quite reliving as the first chapter almost put me off the book (and indeed, I went and read something else before coming back to continue). Otherwise it starts well, re-introducing the characters and the ongoing repercussions from the previous novel.

The story started to drag around the halfway mark, and I found I wasn't motivated to continue at the end of each chapter - again I had to take a break to read something else before returning. The end picked up, and I found myself enjoying the story again, and was left, as usual with Nesbo, ready to pick up the next novel in the series.

This book sees a selection of new supporting characters being introduced, and I wasn't particularly impressed by them. Several seem to be repeats of characters from earlier in the series, and I found it odd that having written those roles out, Nesbo felt the need to bring them back in a new body. The main character, Harry Hole, develops well in this outing though, and gets to go on quite an emotional rollercoaster. His journey is actually what I found to be the most interesting part of the story, and he grows beyond the meme of the alcoholic work-obsessed police inspector.

Overall, the book definitely has its ups and downs, but on reflection I think it stands as a good entry in the series, and it's not put me off looking out for the episodes I've not yet read.