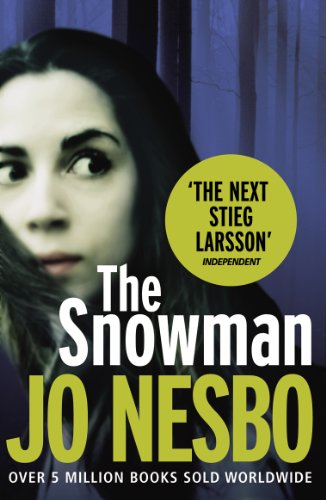 A young boy wakes to find his mother missing. Their house is empty but outside in the garden he sees his mother's favourite scarf - wrapped around the neck of a snowman.

As Harry Hole and his team begin their investigation they discover that an alarming number of wives and mothers have gone missing over the years.

When a second woman disappears it seems that Harry's worst suspicions are confirmed: for the first time in his career Harry finds himself confronted with a serial killer operating on his home turf.

The seventh Harry Hole mystery is finally his chance to shine on home turf, as it seems a serial killer is going after women in the Oslo area, and leaving snowmen as calling cards. The story is full of twists and overall this is probably the bet book in the series so far.

My main criticism would be that there are too many characters to get your head round, particularly in the police. I'm sure this isn't helped by their having Norwegian names that I'm unfamiliar with (but that's fair), but also because so many of the names seem to begin with the letters G and H.

The twists are what make this book, although there are several that could be seen coming from a long way off. The volume of clues and red herrings is surprising and shows that a lot of thought has gone into constructing the plot.

I think the series has been growing upto this point and Nesbo is certainly into his stride with The Snowman. I look forward to reading more.