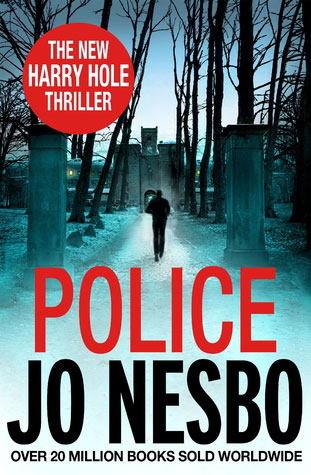 A killer is stalking Oslo's streets. Police officers are being slain at the scenes of crimes they once investigated, but failed to solve. The murders are brutal, the media reaction hysterical.

For years, detective Harry Hole has been at the centre of every major criminal investigation in Oslo. His dedication to his job and his brilliant insights have saved the lives of countless people. But now, with those he loves most facing terrible danger, Harry can't protect anyone.

Least of all himself.

The tenth book in the Harry Hole series - surprising because it doesn't feel like I've read ten books or spent that long with the characters - picks up not long after the conclusion of Phantom and takes forward some of the plot threads that were left hanging. As can be expected for this series, there's a serial killer wandering Oslo - and all the police characters from the series to date come together in a massive investigation.

Nesbo crafts the story well, leading me into making assumptions, then leading me to doubt my assumptions - a great way to keep me interested and constantly mulling over the story in my mind between reading sessions. I really liked how this felt much more of an ensemble piece than some of the earlier works and we got to spend some quality point-of-view time with lots of the recurring characters - they now feel much more real to me than in previous books.

This is by far the most emotional of all the Hole stories - Nesbo really managed to hook me in to the plot and characters and make me feel truly scared for them. This was surprising in itself as I rarely become that involved with fictional characters, and I really liked how the author managed to get under my skin.