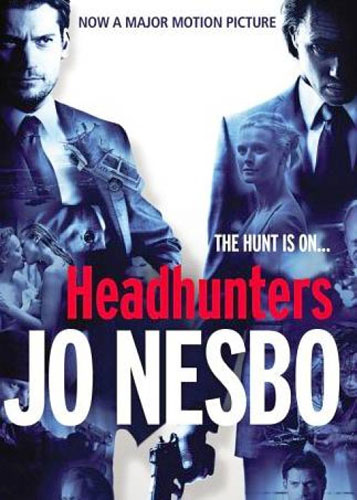 Roger Brown has it all: clever and wealthy, he's at the very top of his game. And if his job as a headhunter ever gets dull, he has his sideline as an art thief to keep him busy.

At a gallery opening, his wife introduces him to Clas Greve. Not only is Greve the perfect candidate for a position that Brown is recruiting for; he is also in possession of one of the most sought-after paintings in modern art history.

Roger sees his chance to become rich beyond his wildest dreams, and starts planning his biggest theft ever. But soon, he runs into trouble - and it's not long before the hunter becomes the hunted.

I've put off reading his standalone Jo Nesbo novel for some time. However having finished the Harry Hole series and being up to date on his latest releases it came to picking this up. I really enjoyed it.

Headhunters is the tail of a recruitment specialist who is known for always getting the right person for the job. But there's more to him than that, things that not even his wife knows about. It's an excellent story about an interesting character that goes from a fascinating look at a mans life to a hilarious adventure that keeps the reader gripped.

Okay, so there was a point at which I felt like the author had spoiled the good thing he had going with one of the twists, and I felt that the story was moving dramatically from something I'd been loving into a different type of story, but then everything became a step more awesome and I got sucked right back in.

Nesbo has a real talent for creating characters with shades of grey that really engage and deAw you in as a reader, and I'd have no qualms about recommending this book.