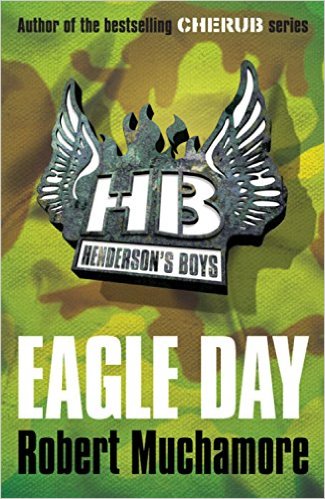 Hitler has conquered France. Now he intends to cross the Channel and defeat Britain before winter arrives.

A group of young refugees led by British spy Charles Henderson faces a stark choice. To head south into the safety of neutral Spain, or go north on a risky mission to sabotage the German invasion plans.

The second book in the Henderson's Boys series, which is itself a spinoff from Muchamore's Cherub series, follows immediately on from the first, with a group of characters (adults and children) stranded in France during WW2 and falling into roles as British spies.

While it's a thrilling adventure with a lot of colour, I didn't feel it engaged as strongly as the first book, which painted a shockingly realistic picture of what the invasion would have been like for a group of children. This novel felt like it switched focus more to the adult character and that weakened it - one of the hallmarks of the series is the realistic scenarios that the young protagonists are thrust into, and I didn't feel any of them had sufficient page-time to be explored properly.

The plot is a good one, and the historical setting means that the characters can be cast into real events, which does add an element of authenticity. There are a lot of small moments that add detail, including some that go further than the usual young-adult novel would (as Muchamore often does). I don't know the history as well as perhaps I should, so can't say whether it is accurate, but I suspect that enough research has been done to make it so.

A bit of a mixed bag I suppose then - not as good as the previous book, but a good story nonetheless. I'm looking forward to continuing the series.