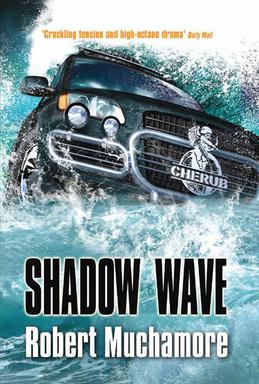 After a tsunami causes massive devastation to a tropical island, its governor sends in the bulldozers to knock down villages, replacing them with luxury hotels.

Guarding the corrupt governor's family isn't James Adams' idea of the perfect mission, especially as it's going to be his last as a CHERUB agent. And then retired colleague Kyle Blueman comes up with an unofficial and highly dangerous plan of his own.

James must choose between loyalty to CHERUB, and loyalty to his oldest friend.

The final novel in Robert Muchamore’s original Cherub series is a bit different (this seems to be a trend in this sort of young adult series actually). James, now 17, has a little more agency and decides to refuse a mission on moral grounds - and creates a mission of his own instead.

It’s a great twist actually, and wraps James’ story up quite nicely in a way that concludes the long arc that we’ve followed as readers since he was much younger. The book retains some of the key elements from earlier stories, revisits a lot of the important characters, and is full of the usual action, and realism, that I’ve come to expect.

I really enjoyed this adventure and am quite disappointed that this main series has come to an end - despite the knowledge that there are already two spin-off series, one of which I’ve already begun reading.