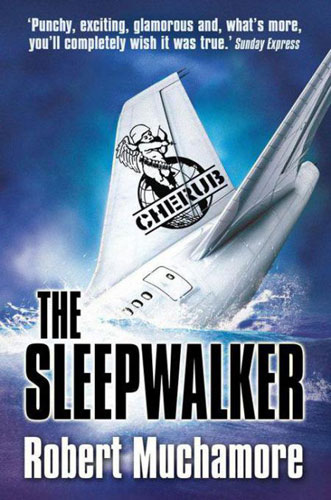 An airliner explodes over the Atlantic leaving 345 people dead. Crash investigators suspect terrorism, but they're getting nowhere.

A distressed twelve-year-old calls a police hotline and blames his father for the explosion. It could be a breakthrough, but there's no hard evidence and the boy has a history of violence and emotional problems.

A surprisingly graphic and violence-filled entry in this series which is definitely not aimed at children of parents who want to wrap them in cotton wool and not let them know that there's a real world outside their windows. Muchamore doesn't do anything to get away from realism - if real life would see a fight, there's a fight, and similarly with death, disaster and sex.

This book is a slight departure from earlier ones, in that we focus on Lauren rather than James, as she goes on an undercover mission. Meanwhile James gets caught up in the more domestic aspects of being at the older end of childhood.

It's a good adventure story filled with typical teenage drama, as well as the typical fodder of a spy novel. The plot is fast paced as usual and moves through scenarios that keep the reader utterly gripped.

The character development is surprisingly good quality - some series try to keep things static to retain their audience who want more of the same, but it's clear that Muchamore's characters are aging and maturing and changing through the series.