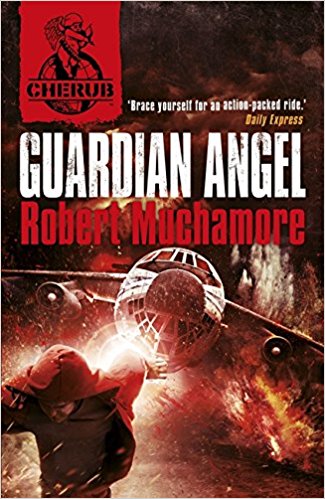 Ryan has saved Ethan's life more than once. Ethan thinks he must be a guardian angel. But Ryan works for CHERUB, a secret organisation with one key advantage: even experienced criminals never suspect that children are spying on them. Ethan's family runs a billion-dollar criminal empire and Ryan's job is to destroy it. Can Ryan complete his mission without destroying Ethan as well?

The second book in the Aramov series (the second spin-off series from Muchamore’s CHERUB series) sees Ryan and Ning take part in a complex series of missions to obtain further information from Ethan, the grandson of the leader of the Aramov Clan of smugglers and general global baddies based in Kyrgyzstan.

As always with these novels, Muchamore does not pull punches in depicting a detailedly realistic world, with violence being an everyday occurrence, and events and decisions having repercussions which other children’s novels would choose to avoid or brush over. To me this makes it a far more compelling read, but some parents of younger readers might choose to believe this is inappropriate.

I enjoyed this story, and raced through it in just two days.