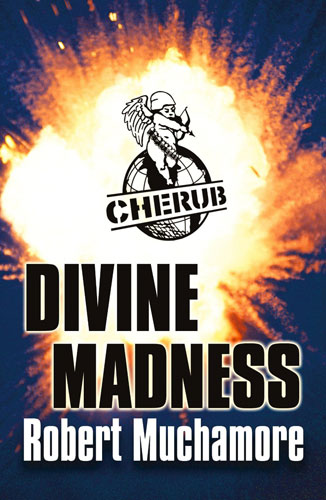 When Cherub uncovers a link between eco-terrorist group Help Earth and a wealthy religious cult known as The Survivors, James Adams is sent to Australia on an infiltration mission.

It's his toughest job so far. The Survivors' outback headquarters are completely isolated, and the cult's brainwashing techniques mean James is under massive pressure to conform.

In his fifth adventure, James Adams, a teenage secret agent, and several of his colleagues are sent to infiltrate a religious cult believed to have terrorist links.

As usual Robert Muchamore has crafted a thrilling and action-packed read which will easily hold the attention of teenagers of any age. He expands the cast again, and really uses secondary characters well, making them feel fully developed and far more than guest characters. It's really nice to see what's happening from so many different teenage points of view.

The plot is well constructed and presents a really detailed look at how cults form and recruit. It seems clear that Muchamore has done a lot of research, and as such the book has an educational element hidden within the narrative, which is an interesting and effective way to warn readers about the dangers of indoctrination.

The Cherub series is one of the most entertaining things I've read in recent years and really deserves to top bestseller lists and achieve the notoriety of other high profile series aimed at a similar age group.