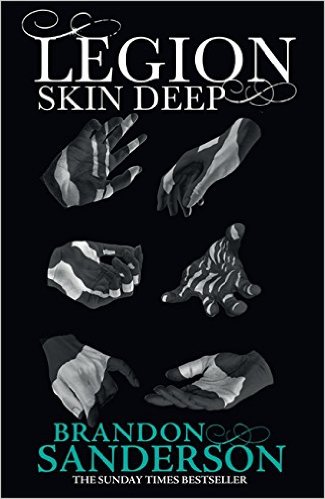 Stephen Leeds, aka Legion, is a genius, his mind contains too much information. And to cope it his split his skills off into individual personalities. They crowd his head and he lives with them in a vast empty mansion. While he can call on any one of them to solve a problem he also walks a line across an all-consuming madness.

Looking back on my notes from the original Legion novella, I quite enjoyed it and its exploration of Stephen Leeds - a man whose various personality 'aspects' manifesto themselves as imaginary people who travel through life with him. Skin Deep continues the exploration of the character in a little more depth as he faces a new adventure.

I didn't re-read the original story before this one, and was struck by how much goes unexplained here, and wondered if I should have gone back first and read them back-to-back. However I've been told by someone who did this that it didn't help and that there are still references that don't mean anything to the reader.

The plot is an interesting idea, although really plays second fiddle to the situation of the character - often something I would praise in a Sanderson novel, but in this case something that's a little frustrating. I struggled in places to keep a track of which aspect was which and to understand the consistency of what they did in the character's imagination. Generally I didn't find it easy to read.