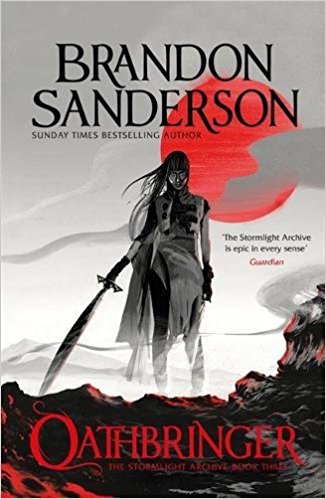 The Alethi armies commanded by Dalinar Kholin won a fleeting victory at a terrible cost: The enemy Parshendi summoned the violent Everstorm, and now its destruction sweeps the world and its passing awakens the once peaceful and subservient parshmen to the true horror of their millennia-long enslavement by humans. While on a desperate flight to warn his family of the threat, Kaladin Stormblessed must come to grips with the fact that their newly kindled anger may be wholly justified.

Nestled in the mountains high above the storms, in the tower city of Urithiru, Shallan Davar investigates the wonders of the ancient stronghold of the Knights Radiant and unearths the dark secrets lurking in its depths. And Dalinar realizes that his holy mission to unite his homeland of Alethkar was too narrow in scope. Unless all the nations of Roshar can put Dalinar's blood-soaked past aside and stand together - and unless Dalinar himself can confront that past - even the restoration of the Knights Radiant will not avert the end of civilization.

The third epic novel in the epic series to end all epic series. I’ve been averaging a book every two to three days this year, sometimes faster during lockdown. This however took me five weeks - it’s 1200 pages long and handily divided into five parts, after each of which I needed a break of three shorter books just to let my arms recover enough to keep holding it up.

Beyond the length and weight, there is nothing I can find to criticise in this. As with many of Sanderson’s works, it features a rich mix of characters, some old, some new, some mysterious, some well known, and a world that keeps peeling back layer after layer to discover more and more of the tapestry he has crafted with words.

The are some vague hints of the Wheel of Time - with the theme of history repeating itself - but only vague, and the story is a constant delight and surprise.

I’m amazed by Sanderson’s mind and how he manages to construct these epics, and looking keenly forward to the fourth volume later this year.