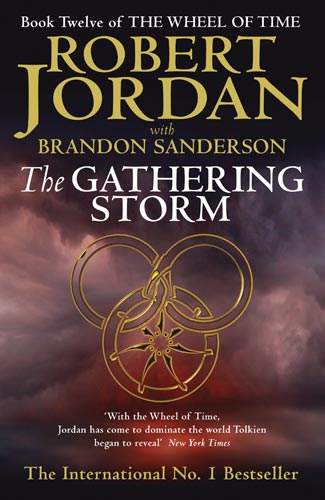 The Wheel of Time turns, and Ages come and pass. What was, what will be, and what is, may yet fall under the Shadow. Let the Dragon ride again on the winds of time.

Book 12, which is not now the final episode, is the first Wheel of Time novel since Robert Jordan's death in 2007, and Brandon Sanderson proves himself a worthy successor.

The style is somewhat different, the chapters shorter, the viewpoint switching more frequently and the action certainly speeding up - but then it has to to fit so much in. While I would hesitate to say that this style was better, it certainly wasn't worse. The action grips the reader unlike recent books in the series - you are reading because it's exciting rather than to find out what happens.

Sanderson's use of the characters is masterful as well, continuing their storylines naturally and bringing some to their concussion quickly and easily while giving others more of a challenge. The pieces are boldly moving now towards the end game, and the tension is ramping up.

It's clear from reading that there is no way this could have fitted into a third of a book - it fits so well into this format, bringing both Rand and Egwene's plot-lines to a dramatic point for a break. The only let-down is the lack of action from Perrin, and the total absence of Elayne.

I'm glad that I've read this now rather than when released, as waiting twelve months for the next instalment would have been torturous. Easily worth five stars.