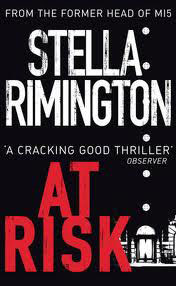 An invisible is CIA speak for the ultimate intelligence nightmare: the terrorist who, because he or she is an ethnic native of the target country, can cross its borders unchecked, move around that country unquestioned and infiltrate its institutions with ease. An invisible on mainland Britain was the worst possible news. For Liz Carlyle, an MI5 Intelligence officer, this report from MI6 marks the start of an operation which will test her to the limit and put her own life in jeopardy.