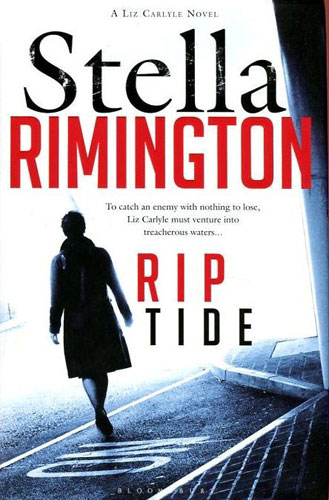 When pirates attack a cargo ship off the Somalian coast and one of them is found to be a British-born Pakistani, alarm bells start ringing at London's Thames House. MI5 Intelligence Officer Liz Carlyle is brought in to establish how and why a young British Muslim could go missing from his well-to-do family in Birmingham and end up on board a pirate skiff in the Indian Ocean, armed with a Kalashnikov. After an undercover operative connected to the case turns up dead in the shipping office of an NGO in Athens it looks like piracy may be the least of the Service's problems.

Liz Carlyle returns in Stella Rimington's sixth novel. When a British Muslim is captured by the French navy on a Somali pirate ship, Liz is called in to investigate.

I've been looking forward to this book for a while - until now Rimington has released a new novel every 12 months but this one is 9 months later than that. I'm not, however, convinced that it was worth the wait.

There's little I can find to criticise though - the book just failed to grip. I didn't feel motivated at the end of each chapter to continue to the next, and the action was sparser even than in the previous books in the series. For the most part though the writing was good and everything (apart from some aspects of Birmingham) was utterly believable - as would be expected from an author with such first-hand experience.

The main problem with the plot I think is that it doesn't flow very well. It's very episodic and takes a while to build up to anything, and it really isn't until right at the end that things come together into a coherent adventure. It does leave plenty of scope for a sequel though, so I'm hoping there are plans for more.