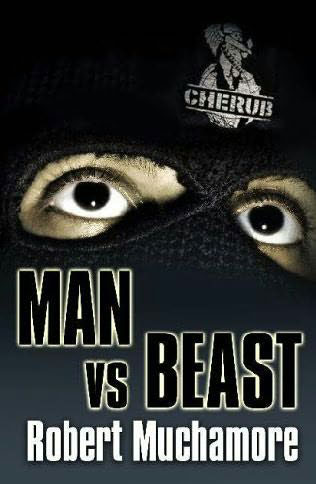 Every day thousands of animals die in laboratory experiments. Some say these experiments provide essential scientific knowledge, while others will do anything to prevent them.

James and Lauren Adams are stuck in the middle.

Young secret agents James and Lauren Adams are thrust once again into an undercover mission, this time to infiltrate animal rights protesters in order to be close to a terrorist group.

With such a controversial subject forming part of the plot, I was really surprised by how well Muchamore balances each side of the arguments and provided a range of characters with differing viewpoints to make a book that won't offend any reader.

Like in previous books in the series, this one doesn't shy away from presenting a realistic view of teenage life in the twenty-first century, and while I appreciate this honesty in a book aimed at younger readers, some parents might consider its portrayals as too frank for their children.

I have no complaints - the Cherub series is a great modern take on the child spy thriller and should lead the genre for a couple of decades.