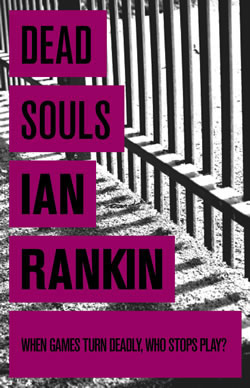 Stalking a poisoner at the local zoo, Inspector John Rebus comes across a paedophile taking pictures of children. When the social workers claim he is there for legitimate educational reasons, Rebus is faced with a dilemma - should he be outed to protect local kids or given a chance to start anew?

As the locals begin a hate campaign Rebus gets a call from the past: the son of a friend has gone missing and no one else will make time to ask the right questions. And then a fragment of Scotland's criminal history is repatriated at the end of a life sentence for murder.

The tenth novel is the Rebus series is surprisingly dark, and features a number of intertwining plots that I'm still not quite sure I followed all the way to their conclusions.

The 'main' thread, if you can call it that, sees Rebus assigned to keeping an eye on a recently released murderer who has returned to Edinburgh from the US, and the journalist that he's palled up with.

As with many of this series, the focus I think is really on the character himself, and we get to explore an element from his backstory here that fills us in a bit on some of his motivations, as well as exploring alternative routes his life could have taken - something which I think almost everyone engages in from time to time.

I enjoyed reading this book, and think the complexity of the story really grounds it in a level of realism that I appreciate. I always look forward to reading another novel from this series, and am happy that there are plenty more for me to get to.