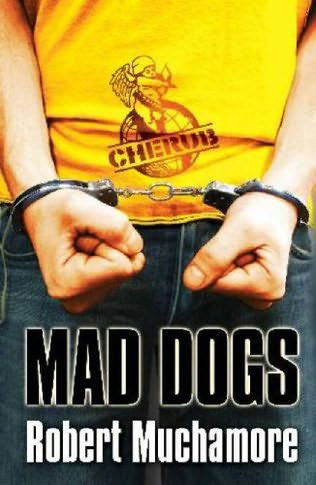 The British underworld is controlled by gangs. When two of them start a turf war, violence explodes on to the streets. The police need information fast, and James Adams has the contacts to infiltrate the most dangerous gang of all. He works for CHERUB.

The eighth book in the Cherub series hows some old character development as each of the main characters grow older and more or less wise. The setting of a gang war introduces the reader to a wider range of agents than in some of the earlier books, and gives more chance for the author's style of realistic, almost too authentic, portrayals of teenagers.

This book, along with the rest of the series, very clearly states on the cover that it's aimed at an older young audience, and this one in particular features a number of more adult themes, both romantic and violent, than earlier ones and so some parents may decide they want to vet this before giving it to their children.

One of the things that stood out here is the borders between black and white, and how easy it is to fall in between. Several characters have difficult choices to make and that's really interesting in a young adult book that it really engages the reader in a way that a lot of books don't.