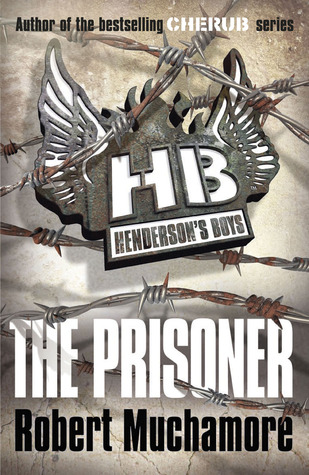 One of Henderson's best agents is being held captive in Frankfurt. A set of forged record cards could be his ticket to freedom, but might just as easily become his death warrant. A vital mission awaits him in France - if he can find a way to escape.

The fifth Henderson's Boys (a spin-off of the author's CHERUB series) novel focusses on Marc, one of the young protagonsits of the series, who is being held prisoner in Germany during World War Two.

As with all Muchamore's novels that I've read, the focus is on presenting a realistic character - one with all the usual human urges and foibles - and a realistic setting - with all the dangers and where necessary graphic depictions.

The WW2 setting really lends itself to the style of these novels, and the author does not hold back with trying to paint as real as possible a picture of what life was like - unlike other authors who in comparisson are clearly holding back and brushing over some of the harsh realities. This is to me what makes these novels great, but some readers might find the level of detail in a novel aimed at a younger audience too much.

This is a good novel with a solid plot which develops at a good pace. I'm really glad to have found this series.