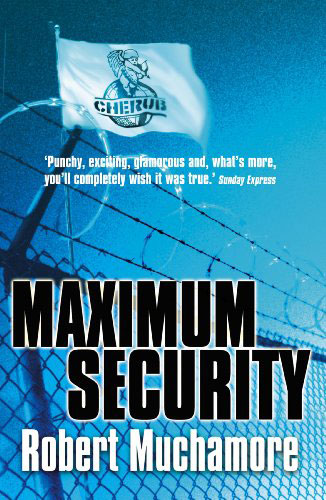 This is James Adams' most dangerous mission so far, working undercover inside a maximum security prison. Over the years, CHERUB has put hundreds of criminals behind bars. Now, for the first time ever, they've got to break one out.

Book three of the Cherub series sees James Adams, teenage secret agent, dispatched to an American prison, but actually I thought it the weakest of the series so far.

The first two books felt like trail blazers for a new type of teen fiction, dealing with weighty issues such as becoming an orphan, terrorism, and drugs, and the plot of this book seems fairly tame by comparison.

The writing style has perhaps matured slightly, with less blatant references to the staples of teenage lifestyles than in book one, which felt very forced. I also enjoyed how James' sister gets a bigger role in this story, expanding the cast to appeal to a wider audience.

Overall, still an exciting story, but a bit less interesting than the first two. I'm not planning to stop reading the series though.