Taken at the Flood 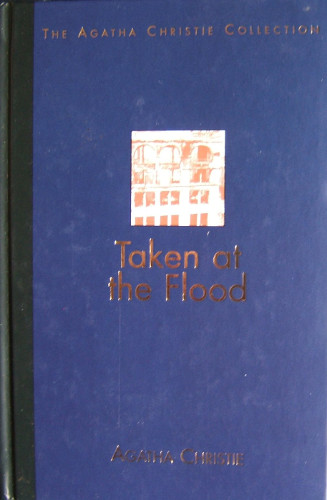 A few weeks after marrying an attractive young widow, Gordon Cloade is tragically killed by a bomb blast in the London blitz. Overnight, the former Mrs Underhay finds herself in sole possession of the Cloade family fortune. Shortly afterwards, Hercule Poirot receives a visit from the dead man's sister-in-law who claims she has been warned by 'spirits' that Mrs Underhay's first husband is still alive.

An interesting if slightly unfulfilling mystery for Hercule Poirot as he is called on to investigate something different to the usual - this time, he's asked to prove someone is alive. It's a complex plot involving a lot of family relationships and quite a large backstory.

The first half of the book focuses on setting up the mystery - who the characters are and how they have found themselves in their situations. This felt like it dragged a bit and made me wonder quite when Poirot was going to make an appearance. He finally turns up about halfway through and sets about his investigations, which then seem quite rushed and disappointing.

The characters - particularly the female ones - are generally well developed and show strong personalities that are probably the most interesting feature of the story. The plot has sufficient complications to baffle the reader, although I did manage to unpuzzle at least some of the clues.

Overall, a middling novel in the series I think - neither the best or worst of the bunch. It starts well, but the actual meat of the story is in the set-up rather than the remainder.