Evil Under the Sun 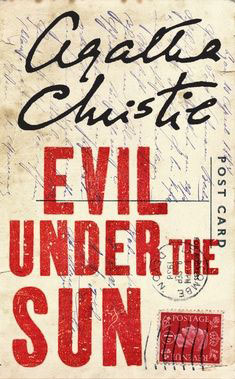 It was not unusual to find the beautiful bronzed body of the sun-loving Arlena Stuart stretched out on a beach, face down. Only, on this occasion, there was no sun! she had been strangled. Ever since Arlena's arrival at the resort, Hercule Poirot had detected sexual tension in the seaside air. But could this apparent 'crime of passion' have been something more evil and premeditated altogether?

Another classic mystery in which Poirot, holidaying on an island off the English south coast, stumbles into yet another murder investigation. Filled with Christie's trademark knowing wit, this is an interestingly different take on the locked room.

The setting of the story is ingenious, escaping the traditional manor house murder for a more approachable setting - the seaside - frees the characters up a little and makes them seem more open, as well as making the scenery feel more relatable for the modern reader.

There are possibly a few too many characters to keep track of, which I would like to blame for my complete inability to spot the culprit before the reveal. As it was they were once again a rich bunch with well planned back-stories to allow suspicion to fall everywhere.

Overall I enjoyed this return to Christie's works, and found this one to be more fulfilling than some of those I've recently read, although in my disappointment with not solving the mystery I wonder if some clues weren't left a little too late to reveal.