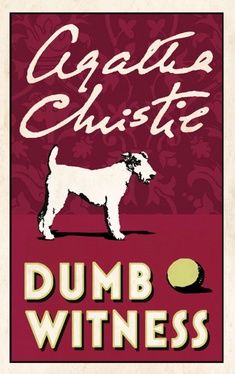 Everyone blamed Emily's accident on a rubber ball left on the stairs by her frisky terrier. But the more she thought about her fall, the more convinced she became that one of her relatives was trying to kill her. On April 17th she wrote her suspicions in a letter to Hercule Poirot. Mysteriously he didn't receive the letter until June 28th - by which time Emily was already dead.

Another fantastic whodunit from Agatha Christie. When Poirot receives a letter from a woman who died months earlier, he sets out to prove she was murdered, and identify who did it.

This is one of my favourite of the Poirot novels I've read. The characters are the typical bunch, but they are all believable and as usual any of them could have done it. The action flows at a good speed and the reader is filled in on every clue as Poirot and Hastings uncover them - exactly as it should be.

I'm pleased to say that I worked it out around the same time as the characters, which was perfect, and feel that this is one of Christie's best. I look forward to more of this calibre of mystery.