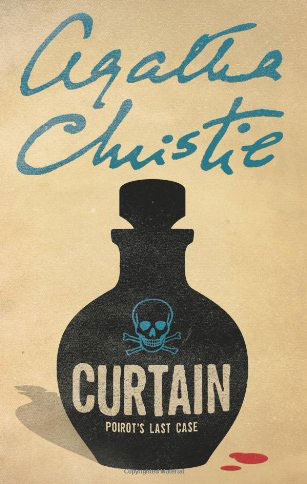 The house guests at Styles seemed perfectly pleasant to Captain Hastings; there was his own daughter Judith, an inoffensive ornithologist called Norton, dashing Mr Allerton, brittle Miss Cole, Doctor Franklin and his fragile wife Barbara , Nurse Craven, Colonel Luttrell and his charming wife, Daisy, and the charismatic Boyd-Carrington. So Hastings was shocked to learn from Hercule Poirot's declaration that one of them was a five-times murderer. True, the ageing detective was crippled with arthritis, but had his deductive instincts finally deserted him?

The final Poirot novel returns us to where his adventures began in the very first novel, and to Captain Hastings, who returns to help bookend the series. Poirot slowly reveals that there is a murderer about, and that he requires Hastings’ agility to investigate and feed him information.

It’s a compelling and classic mystery, with the typical Christie wit and classic unexpected plot twists throughout. The reveals are perhaps more frequent than usual, and it’s as if Christie has been trying to produce a definitive masterpiece for her finale publication.

It makes for sad reading, not only because of the story itself, but also as it is the end of my own adventures with Poirot, who I’ve been accompanying for the last decade. It is however a fitting end, and one that does its job of surprising me well.