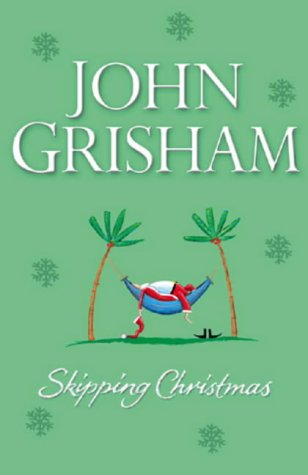 Imagine a year without Christmas. No crowded shops, no corny office parties, no fruitcakes, no unwanted presents. That's just what Luther and Nora Krank have in mind when they decide that, just this once, they'll skip the holiday altogether. Come December 25 they're setting sail on a Caribbean cruise. But, as this weary couple is about to discover, skipping Christmas brings enormous consequences-and isn't half as easy as they'd imagined.

I was a little dubious starting this given its striking difference in genre to John Grisham's usual writing, and so bought it second hand so that it wouldn't be too much of a waste if I didn't get on with it. As it was, I was right.

The plot focusses on the calamities that befall Luther and Nora Krank when they decide to forgo Christmas one year and go on a cruise instead. As is obvious from the text adorning the cover, it's been made into a film, and reading it certainly gave the impression that it would perhaps be better off in that medium.

The characters are bland and forgettable, and a large number of the supporting cast seem unrealistic (though this is not an uncommon feeling I have toward John Grisham's novels so it may be the culture difference). There's no real depth though to even the main characters, and much of the narration focusses on events rather than developing the characters or exploring their lives - they weren't really likable and are quite honestly forgettable.

The presentation of this edition even irritated me - the line spacing is wide and the chapters begin with fancy curly letters, which combine to give the impression that the book has been stretched out to make it appear bigger than it is.

Overall it was a tedious descent into a mostly depressing conclusion and I'll admit to being glad it's over. John Grisham's previous experiments into other genres have been fine, but this time I think he's gone a bit too far, and I look forward to getting back to his legal thrillers. My advice - skip this book.