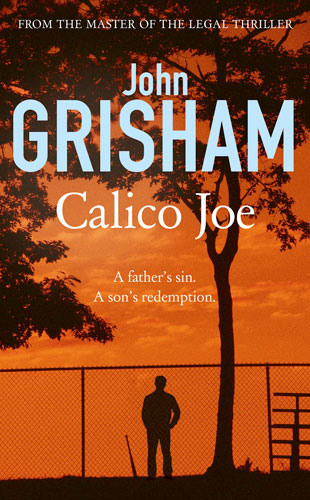 Thirty years have passed since eleven-year-old Paul Tracy watched his troubled father, Warren, a pitcher for the New York Mets, clash with his childhood hero, the Cubs' golden-boy Joe Castle, in a contest from which no winners emerged.

Now the news that his father is dying brings the memory of that day flooding back. Deciding that it's time to face up to what really happened on that baseball field in 1973, father and son make their way to Calico Rock, Arkansas, where either redemption or rejection awaits them.

John Grisham's third sports-related character study is a really interesting read, telling the story of two baseball players from the point of view of the son of one. The style of the narration is Grisham's usual, clipped sentences that work as well, if not better, to explain a sporting story as they do his regular legal thrillers.

My UK edition kicks off with an incredibly useful guide to Baseball and its terminology, without which I would have been left completely baffled throughout - it's definitely required reading before starting the story, and it's well written and meant that there was nothing that I didn't understand. I feel that Playing Pizza could have benefitted from a similar guide to American Football.

The story is gripping throughout, and the main character comes through really strongly - it's incredibly believable and there are moments when I found myself slipping into thinking it was an actual autobiography rather than fiction - not something that happens often.

Grisham's books puzzle me a little in how they swing from passable to fantastic, and I'd certainly advise readers not to form a judgement of him from just one novel - the style can be similar and yet the stories dramatically different. I very much enjoyed this one and hope he pens more like it in future.