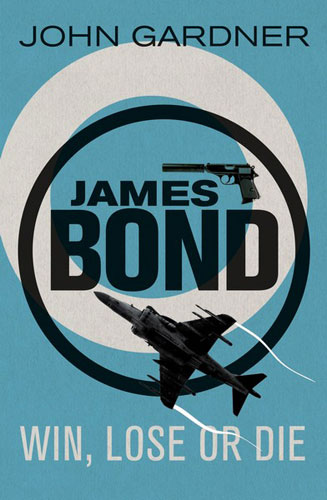 James Bond 007 reluctantly returns to active service, his mission to protect an observer of a NATO exercise, Admiral Sergei Yevgennevich Pauker, Commander-in-Chief of the Soviet Navy.

Gardner's eighth Bond novel feels a bit like the point where he's taken things too far. Despite this, the plot is fairly strong and develops from a well formed foundation, however there's a lot that combines to spoil it.

The first problem was that the back-cover copy of my edition gives away one of the major events from the novel that really shouldn't be spoilt. I would have much preferred to have read it without this knowledge in advance.

Bond falling for a girl has become a cliché, despite the narrative's insistence that it's a rarity, but in many ways Gardner's Bond has lost much that Fleming provided the character. The narrative is punctuated by frequent asides and even a footnote which I felt broke the flow of the story and didn't fit with the character the reader is aligned with at all.

Finally there's a really weak climax that I won't spoil. Overall, a book with potential that was let down. I'd love to have read it written differently.