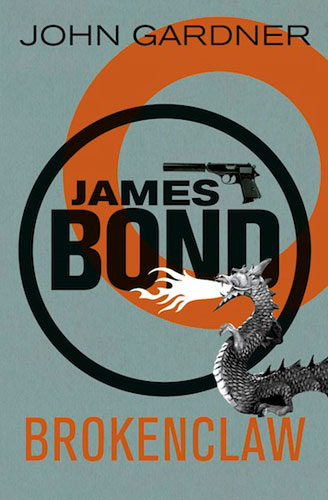 After expressing frustration over a lack of action after his year-long mission with the Royal Navy, Bond threatens to resign. Instead, M orders Bond to take a vacation. Bond travels to Victoria, British Columbia where he is intrigued by Lee Fu-Chu, a half-Blackfoot, half-Chinese philanthropist who is known as Brokenclaw because of a deformed hand.

Bond returns in this novel from around 1990, in which continuation author John Gardner pits 007 against 'Brokenclaw' - a stereotypical Bond villain with unclear long-term plans, but quite traditional short-term plans (stolen ones he's selling to China).

There seems to be a lot that's derivative of Fleming's original stories here - so much that it almost starts to come off as parody - however it's not quite right, and there are places where Gardner's attempts to emulate Fleming feel unnaturally awkward, and in one place even seem to contradict what Fleming originally told us about the character. Fleming was basing the character on himself, so could write strongly held opinions about the mundanities of food and clothing, but Gardner clearly doesn't have the same basis for writing Bond's views, and so they come off as trite.

The plot follows the standard pattern, and it feels like Gardner is becoming disenfranchised by this point. I remember when I first read most of the Bond novels as a teenager feeling disappointed by some of them, and this one in particular stands out as one that I got from the local library then and didn't finish. There are some irritating loose threads left at the end that I can't imagine will ever be picked up on, and it just feels like a lazy novel.