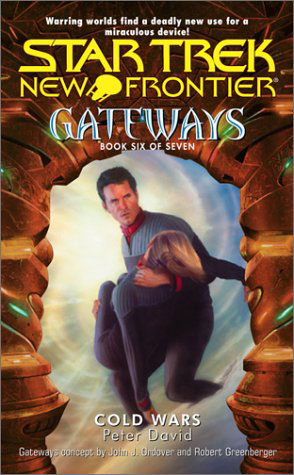 A century ago, the imperial Thallonians separated two feuding alien races, depositing each of them on a new world safely distant from that of their ancestral enemies. Now, however, the Gateways have made it possible for the long dormant blood feud to begin anew. Captain Mackenzie Calhoun of the U.S.S. Excalibur and his partner, Captain Elizabeth Shelby of the U.S.S. Trident, find themselves fighting a losing battle to keep the horrific violence from escalating, even as they gradually realise the catastrophic danger posed by the Gateways themselves.