The Returned part one 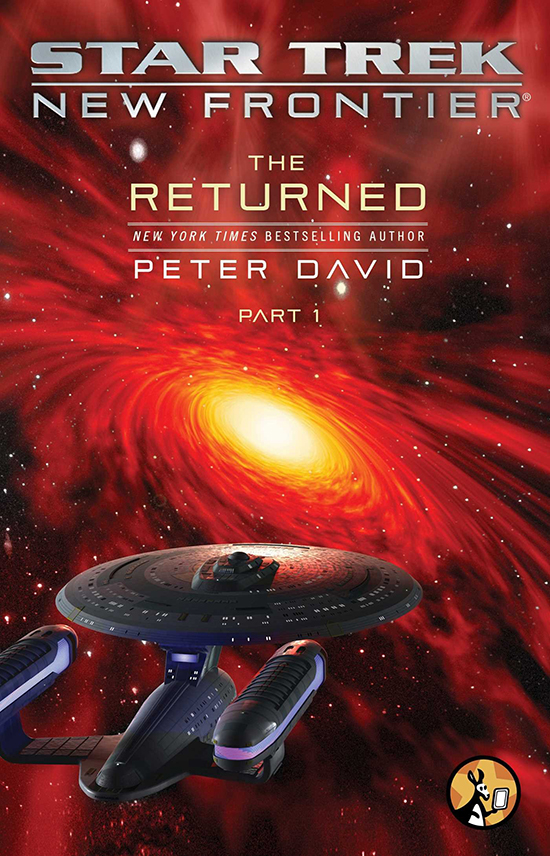 It's been a few years since the last outing of the USS Excalibur as part of the novel-only Star Trek: New Frontier series, and I had thought that the series had run its course. I’ve been reading the stories since they began in the late 1990s, and although I found the first couple of tranches very enjoyable, felt it had lost its way toward the later end of its life.

So I was surprised when 'The Returned' was announced - a set of three ebooks continuing the adventures of Captain Calhoun and his crew. And, despite having little recollection of where the most recent books had left the characters, I found it easy to pick up and get back into this world.

Peter David gradually reintroduces the key characters, and it feels a bit like he's going around getting the band back together. This first part of the story is very much focussed on laying the land - getting the characters into place, getting the reader up to speed, and introducing some of the elements, both new and old, that will come into play (presumably) in the following two volumes.

A very satisfactory short story and introduction to this trilogy, and one that I felt served well as a reintroduction. I’m definitely going to continue reading with the remaining two ebooks over the coming months, and hope that they are just as good.