Lies of the Beholder 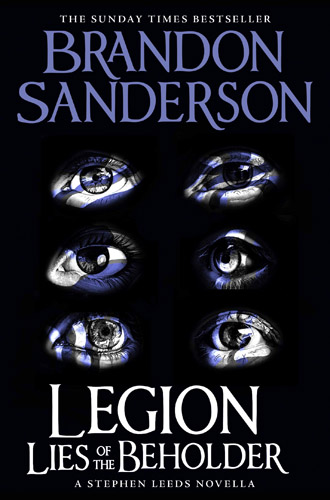 It begins with two unrelated events: the disappearance of Armando, one of Stephen's many "aspects," and an unexpected cry for help from Sandra, the woman who, many years before, helped him learn to live with his condition, and the combination of the two leads to a sinister high-tech firm specializing in advanced methods of human incarceration.

The third and final novella in the Legion series sees our main character beset by problems when one of his aspects - hallucinations that represent part of his own mental faculties - goes missing, and he’s forced to face another absent person from his history.

It’s been quite a while since I read the first two books in the trilogy, so my memory of the story so far was patchy, but I was soon back into the swing of things and gripped to what ends up being quite a complex narrative, which must have required an extensive set of notes to keep track of while writing, despite the short length.

I’m not sure though that it entirely works - I think the first book was the best in the series, and it feels a little bit like the latter pair were follow-ups that exist for closure rather than because there was a story waiting to be told. Regardless, it’s incredibly impressive how dedicated and disciplined Sanderson must be to keep up the levels of output he does, and I’m very grateful for all I get to read - one day I might even catch up!